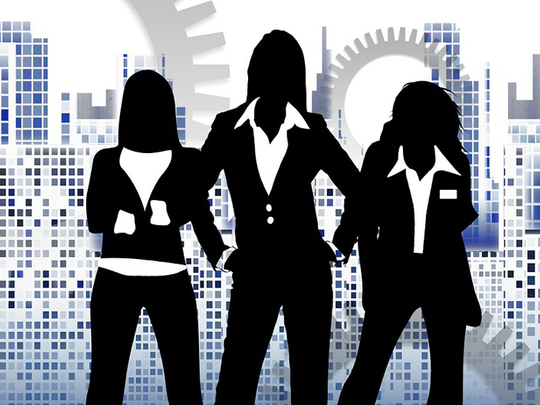 The professional playing field may not be level for women just yet... but it’s getting there. This past decade we have been witnessing something of a golden age for female entrepreneurship. Indeed, it has never been easier before for women to start and run businesses.

On the global stage, the number of women-owned firms in the US increased by 114 per cent in the last 20 years, according to a 2017 report by National Women’s Business Council. A 2018 American Express study further found that women make up more than 40 per cent of new entrepreneurs in the US, while the number of women-owned businesses in the country multiplying 31 times since 1972.

This new climate of female professional empowerment is also sweeping across the Middle East.

A burst of regional transformation

Today, one in three start-ups in the Middle East is founded or led by a woman – a higher percentage than in Silicon Valley. This number is expected to continue growing as women entrepreneurs leverage the internet and digital channels to enter the workforce and start their own businesses. Given that women’s increasing participation in the workforce could add an estimated $2.7 trillion to the region’s economy by 2025, female-led companies could be transformative for the Middle East.

Recognizing the importance of supporting women entrepreneurs in any economy, the UAE offers a number of platforms for them to develop their business. Some of them, through local partnerships such as the International Trade Centre’s (ITC) SheTrades initiative, provide a unique network and platform to connect local women entrepreneurs to global markets, address trade barriers, and create greater opportunities.

Through an interconnected ecosystem of tailored business solutions and knowledge-sharing, SheTrades supports and empowers female entrepreneurs to realize their fullest potential by connecting women buyers and suppliers across regions and offering training workshops on logistics concepts and best practices for global trade.

The development of women entrepreneurship is a priority for the MENA region, especially as a driver for economic growth, diversification and development. Female labor force participation rates in the MENA region are among the lowest in the world. Therein lies the opportunity for entrepreneurship to help women generate their own income, which corresponds to higher spending on family welfare, which could range from improving nutrition to boosting girls’ literacy rates and access to education.

A 2018 Mastercard report revealed a lack of female business owners in the region: in the UAE, only 2.8 per cent of all business owners are women. In Saudi Arabia, this number is 1.4 per cent, while Egypt takes the lead for women-owned business representation at 3.3 per cent.

But women-owned businesses in the MENA region represent a wealth of untapped potential – in 2017 alone, 33 per cent of women-run enterprises in the UAE generated revenue in excess of $100,000, compared to 13 per cent in US, based on a Payfort report. This highlights the growing potential of women-owned businesses, but more support is required from both the private and public sector to encourage women to take the entrepreneurial route.

While the proportion of established businesses owned by women in the UAE, Saudi Arabia and Egypt are among the lowest in the world, those that became successful and growth-focused were among the most innovative and internationally driven.

The gender gap is slowly and steadily closing as we acknowledge the female potential. Dismantling discriminatory barriers to trade will help women entrepreneurs start their businesses, join the workforce and connect to global value chains, in turn, bolstering economic growth and stimulating long-term benefits for the region.

As the world begins to recover from the pandemic, let us continue to work to a future where men and women can participate equally in the global economy.

- Jean-Francois Condamine is UPS President for growth and emerging markets.