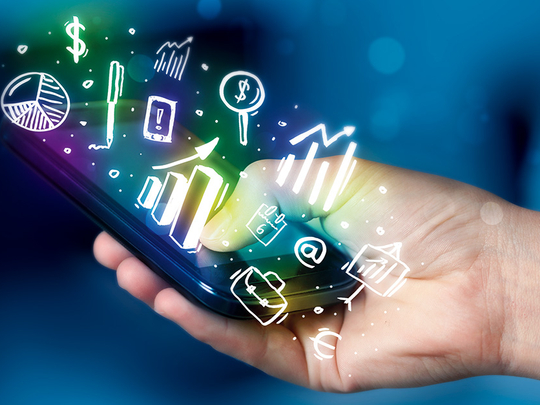 While our current global economic situation has been expressed — both metaphorically and visually — as akin to falling off a cliff, there is one very sizeable group that has been teetering on the edge for some time.

Almost five years ago, the Asian Development Bank estimated a global trade finance gap of $1.6 trillion. Rejection rates for small and medium-sized enterprises (SMEs) was at 56 per cent. Today, those figures remain stubbornly high, despite significant changes in global banking — specifically in technology and regulation — that have paved the way for greater assistance.

In the Middle East and North Africa (Mena) region, SMEs represent about 96 per cent of registered companies and roughly half of employment, yet account for only 7 per cent of total bank lending. This is the lowest level in the world.

Lenders to SMEs in Mena are, not surprisingly, facing a tougher time ahead. The Middle East banking sector is crowded and the current climate is challenging to say the least, with slower economic growth and weaker credit demand. This is set to become even more pronounced as public sector deposits dwindle due to government withdrawals of resources to top up budgets in the wake of reducing oil prices.

In its 2019 paper, “Financial Inclusion of Small and Medium-Sized Enterprises in the Middle East and Central Asia”, the IMF identified six structural elements required to bridge the financing gap for SMEs in the region. Notably — though perhaps unintentional — fintech, including information management, reduced regulatory compliance costs, and innovative lending channels, was the last deck to be added to the structure.

Without taking anything away from the other vital components, fintechs — or more broadly speaking, taking a digital transformation approach to the problem — should now be a major priority for MENA banks.

Embarking on or even accelerating efforts in this space will not only help to free up finance for SMEs — boosting economic growth and employment in the region — but from an organisational perspective, reduce costs, optimise efficiency and create new opportunities for banks.

Historically, efforts in the region to embrace digital transformation have been hobbled by technology choices that focused on finding a one-size-fits-all solution.

As we’ve seen in more advanced markets like the UK, an ecosystem approach, facilitating the integration of best-of-breed cloud-enabled partners with out-of-the-box technical components is proving most achievable and successful.

It’s a model adopted by a number of digital only banks who have launched in the UAE in the past two years, including Liv, Neo, AGTB and others. Even though these banks started from the ground up, they embraced a cloud-based solution to create an ecosystem of fintech partners.

This has allowed these banks to establish a constantly evolving set of features and services.

It’s this agility in the approach and set up that are key to creating an effective and timely solution for SMEs. There is also an inherent efficiency in such structures with significant impacts on operating costs.

Based on benchmarks from the UK and US, we estimate that on a like-for-like basis, cloud native digital-only SME banks that leverage a fintech ecosystem should have a cost-income ratio that is at a minimum 20-30 per cent less than traditional banks.

One of the first announcements came from Emirates NBD, which launched a digital business bank, E20, in September last. It is currently in beta phase.

Crucial to driving initiatives like these are accelerator programmes like Abu Dhabi’s Ghadan 21. In addition to investments made in its first year, the programme recently announced a stimulus package in the wake of Covid-19, including a credit guarantee scheme for Abu Dhabi based SMEs.

Positive signs of movement in the right direction, to be sure. Considering the strategic, operational and technical expertise available, there’s no reason why digital transformation efforts shouldn’t accelerate.