India's Yes Bank to raise $2b via public offering 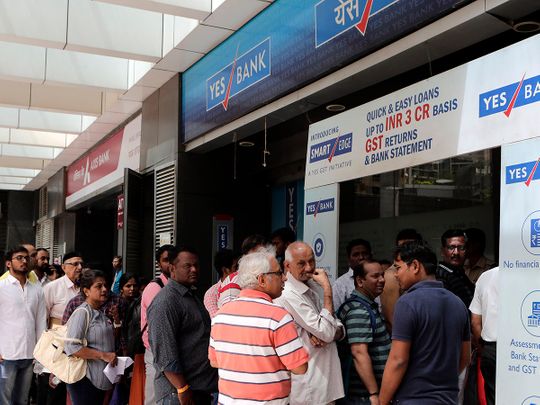 Mumbai: Yes Bank Ltd., the Indian lender rescued this year after being inundated with bad loans, plans to raise as much as 150 billion rupees ($2 billion) in a public offering to shore up capital.

The share offering will be from July 15 to 17. The Mumbai-based bank had earlier planned to raise at least 80 billion rupees.

Indian banks are boosting balance-sheets in anticipation of more soured debts as the coronavirus hammers businesses and leaves millions jobless. The Reserve Bank of India barred Yes Bank from paying some bondholders last month after its capital adequacy ratio fell below the minimum regulatory requirement.

Yes Bank will sell the shares to foreign and domestic institutions as well as retail investors. State Bank of India, the company's largest shareholder, has already committed 17.6 billion rupees.

The lender received a capital infusion of 100 billion rupees from eight local lenders led by SBI in March, as part of a bailout plan by the central bank.

Couple taking a walk at the shore beach

Champions League: Manchester City have belief to go all the way