In last act, Trump is extracting a price on China's Xiaomi 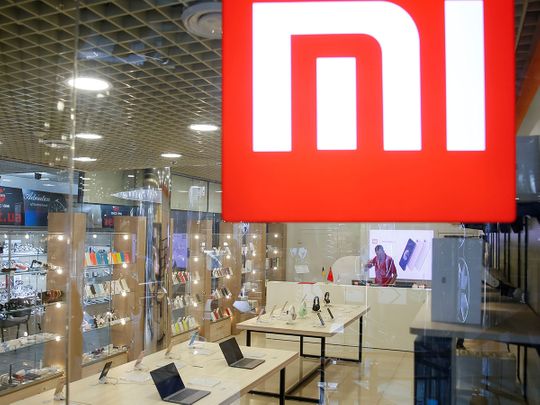 Lei Jun, who co-founded the smartphone maker about a decade ago, lost about $3.6 billion as the stock tumbled as much as 13 per cent, according to the Bloomberg Billionaires Index. Lin Bin, the company's vice-chairman, is down $1.7 billion, and the fortune of at least five other billionaire shareholders has also dropped.

While China's tech sector has been hit by the nation's increased government scrutiny and other Trump blacklistings, Xiaomi was thriving. The Beijing-based company surpassed Apple Inc.'s smartphone sales in the third quarter and grabbed market share from Huawei Technologies Co., which got marred by US. sanctions.

Xiaomi's shares closed at a record high just last week, and in December the the firm's market value surpassed $100 billion, finally reaching the goal it had for its 2018 listing.

But the latest attack by Trump's administration in its final days quickly took it back below that level. The move startled investors because previous bans focused on Chinese companies with military ties and strategic value to the tech industry's growth. Xiaomi said it's not owned or controlled by the nation's military.

Lei, who owns more than one-quarter of Xiaomi, is now worth $27.5 billion, down from $33.2 billion when the shares reached a peak last week, while Lin's wealth stands at $9.9 billion. Lei started the year as China's fourth-richest tech tycoon, just behind Jack Ma, whose fortune lost about $10 billion since the end of October amid increased government scrutiny of his empire.

Dubai has second-highest number of prime properties in world

It's net positives for oil as demand signs light up

Salary waivers and employee relief fund - here's how one FM company saved jobs, including in UAE

Indian retailers call for ban on Amazon in country

Islamic banking is getting its perfect storm moment