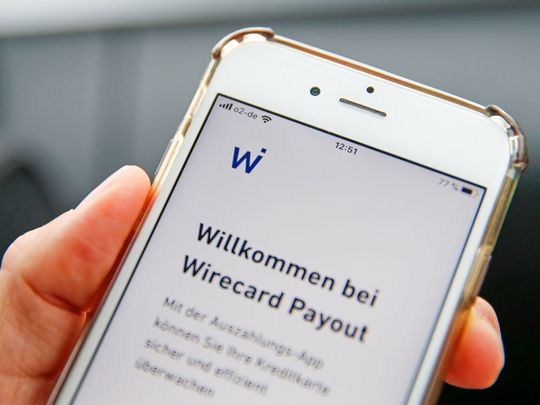 What do Wirecard, NMC Health plc, Lehman Brothers and Sino-Forest and a host of other failed companies have in common? Answer: while the markets believed their numbers and balance-sheets, some counter-intuitive investors saw that things were not as they were presented.

These investors had taken the trouble to look behind their balance-sheets and discovered that the numbers were not what they claimed to be. In fact, billions of dollars were often largely made up by their managers and owners who may have become greedy, desperate, or merely prisoners of their egos.

The clever alternative shareholder will look for ways to make some money from his doubts about the company, expecting that the market will catch up with his doubts and this will be reflected in the shareprice.

What tells an investor something is not right? Carson Block, the man behind the short-seller Muddy Waters, points to a number of tell-tale signs: Overstated cash; inflated assets; excessive profits; margins that cannot be believed; and hidden debt. Only those with a high degree of financial analytical scrutiny will spot the inconsistencies.

It is not enough for the analyst to be an accounting whizkid. He also needs a high degree of scepticism and experience to see through the well-packaged documents of top quality accountancy firms. The richest companies with the most to hide will invariably want a Top 4 accountancy firm to gain the veneer of respectability for his deceptive financial statements.

It is no wonder that Block regards accountants as little more than functionaries or bureaucrats, puppets whose strings are pulled by the company executives who pay their bills.

“Audits are literally not designed to detect senior management fraud. Management prepares accounts, not the auditors.

“They apply the proper standards and they apply them properly. They work with their friends in management. They are very pliable, they go to their lawyers to get the sign-off.

“The system has become perverted. The notion that they are looking for fraud is fallacious. Auditors presume the documents given to them by management are genuine.”

Putting reputation on the line

It is one thing to have identified some accounting assumptions that look dubious, it is quite another to be so convinced that the books are inaccurate that you are prepared to bet your money on it.

To check your hunch, our sceptical analyst goes to the company’s investor relations department under a suitable guise, perhaps as a hedge fund interested in investing in the company. They tell the company they need to know about the financials.

Companies will agree to speak to rich investors trusting that they are doing so in confidence. Moreover they see a pot of gold at the end of the conversation.

Our “hedge fund” analyst can now probe and test his scepticism with questions that focus on his doubts. If these are confirmed, he departs the conversation with the company, and starts to buy some stock in the belief that the price is inflated and must eventually fall.

Betting on such a fall (the opposite of the usual view of the “long” buyer, that the stock price will rise), he must short the stock and only buy it when the price is low. This requires borrowing shares for a tiny interest rate over a fixed period of time and then selling to fix the proceeds.

He will then buy the stock back at a low price, making a turn in the process. He needs the shares back, because he will need to return them to the party from whom he borrowed them at the beginning. The further the shares fall, the greater his profit.

But what happens if the price does not fall, or fall far enough, or indeed fall before his options to hold the shares expire? This was the problem with Wirecard, where German regulators attacked the short-sellers and investigative press, so maintaining the stock’s buoyancy.

Some short-selling investors may decide to publish a negative report on the company, or even seed the press with bad news about it, where they make damaging allegations about the quality of the balance-sheet, of the debt, or of the management itself.

Some observers regard this process as healthy, and they will say it is no more than giving the market the full facts of a company.

For others it is price manipulation and illegal. Most regulators accept short-selling as a legitimate market technique, although some European regulators have banned it.

The lesson for investors in the companies targetted should have listened to the shorts. There is little doubt their antennae for fraud and incompetence are more acute than those of most investors.

They may be bearers of bad news , but markets ignore them at their peril.

- Nick Kochan is a UK-based financial journalist and author.

Champions League: Manchester City have belief to go all the way

UAE health alert: Can you cope with masks for long hours? Should mask breaks be introduced?

Save Of The Game: James Reimer Shines Thursday As Hurricanes Take Down Bruins In Game 2