Harley-Davidson ends its ride in India 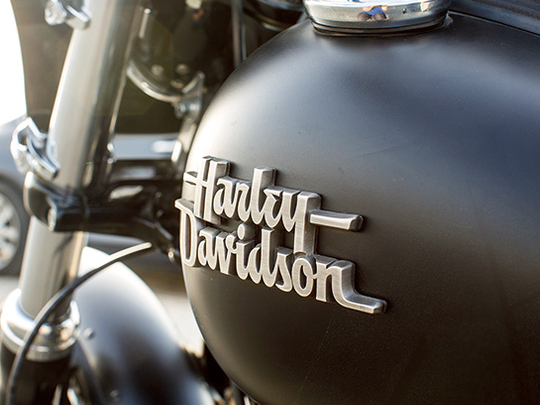 Mumbai: Harley-Davidson Inc. is pulling out of India, another major setback to Prime Minister Narendra Modi's efforts to lure or retain foreign manufacturers in the midst of the nation's worst economic downturn in decades. The motorcycle manufacturer will discontinue sales and manufacturing operations in India as part of broader additional cutbacks announced to employees.

Harley said it will dismiss another roughly 70 employees as part of its exit from the country and that its latest moves will boost restructuring expenses this year to about $169 million. Harley's decision comes weeks after Toyota Motor Corp. said it won't expand further in India due to the country's high tax regime. General Motors Co. pulled out of the country in 2017 while Ford Motor Co. agreed last year to move most of its assets into a joint venture with Mahindra & Mahindra Ltd. after struggling for more than two decades to get traction in the market.

US President Donald Trump has often complained about the country's high tariffs, at times specifically mentioning the levies placed on Harley bikes. Modi's government has been trying to reverse the trend with a plan to offer $23 billion of incentives to attract firms to set up manufacturing, including production-linked breaks for automakers.

The programme is being spearheaded by the country's policy planning body and is similar to a scheme implemented earlier this year aimed at drawing businesses away from China.

Harley recorded its first quarterly loss in more than a decade for the three months ended in June and has been cutting hundreds of jobs under Jochen Zeitz, who took over as CEO in May. The former CEO of sneaker company Puma SE has narrowed the motorcycle maker's focus to core markets and model segments, scaled back ambitions for expansion overseas and starved dealers of new bikes to shrink inventory and improve pricing.

Photos: Airplane parking lot in Australia in the middle of nowhere has never been busier