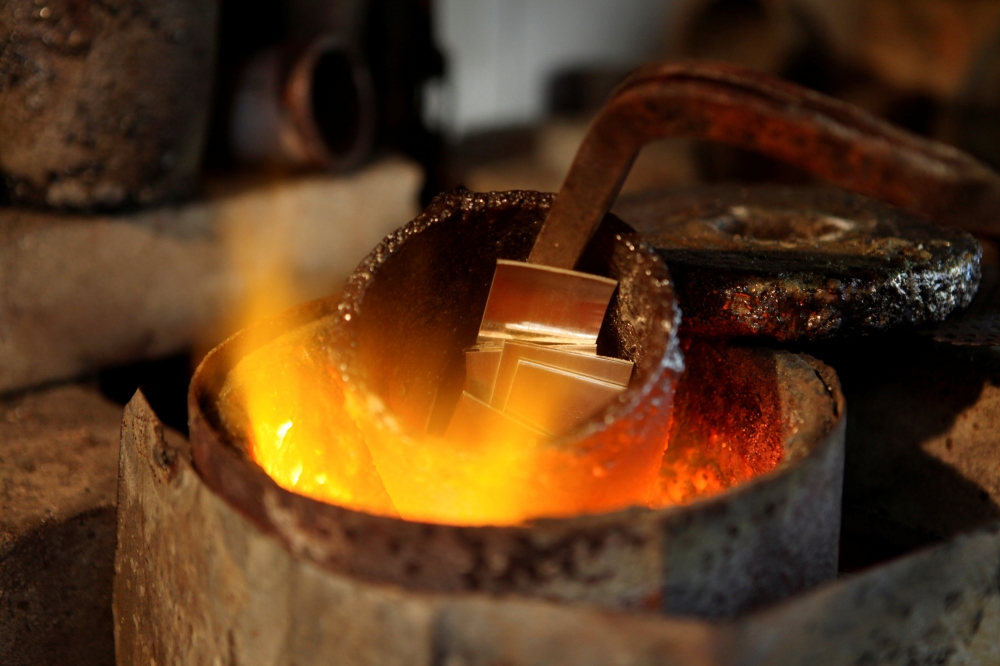 Gold steadied near the key $1,500 level on Wednesday, finding support after economic data raised fears of a global recession.

The precious metal, seen as a safe haven during times of economic turmoil, fell as much as 2% on Tuesday on signs of a thaw in the US-China trade spat. Selling, however, eased on Wednesday after weak economic data from Germany and China.

Bullion fell as much as 2% from more than six-year highs of $1,534.31 on Tuesday after Washington decided to delay 10% tariffs on certain Chinese products.

"Gold is basically treading water following the knock down yesterday. The bullish drivers have not gone away but the question being asked now is whether we have reached a time where consolidation might be in order," said Saxo Bank analyst Ole Hansen.

"Gold's biggest short-term challenge is its ability to continue to satisfy a very crowded long position."

A slew of data out of the European Union and China revived fears of global recession, tempering a rally for equities that had been driven by the positive news on the trade front.

"The downside move in gold was well supported as there remains a high level of uncertainty surrounding trade relations between the US and China, in addition to on-going geopolitical concerns and slowing global growth," MKS PAMP said in a note.

Investors also kept a close eye on the US Treasury yield curve, which is close to inverting for the first time since 2007 - a recession warning.

On the technical front, "the area of $1,530 has temporarily arrested the gold rally, proving to be a first resistance level in the way of bullion," ActivTrades Chief Analyst Carlo Alberto De Casa said in a note.

"The price is now playing near the $1,500 level, with a main trend that still appears positive as investors are betting on gold after the new dovish moves of many central banks."

Investors now await the Federal Reserve's annual symposium next week for clues on the future trajectory of interest rates. Traders see a 86% chance of a 25 basis-point rate cut by the US central bank next month.

Elsewhere, silver gained 0.5% to $17.04 per ounce, after hitting its highest since January 2018 in previous session. 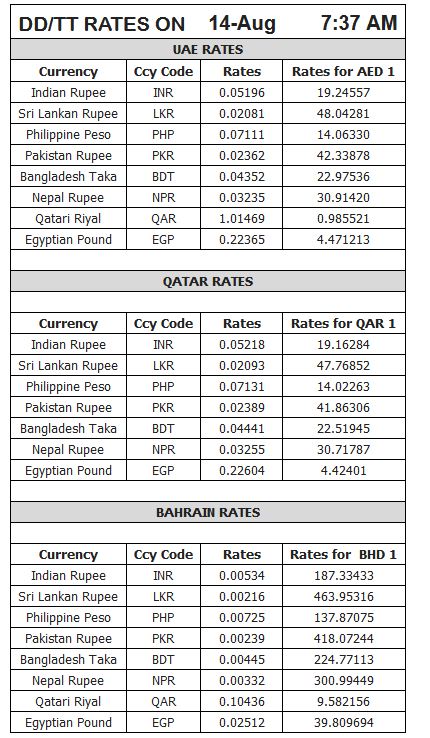 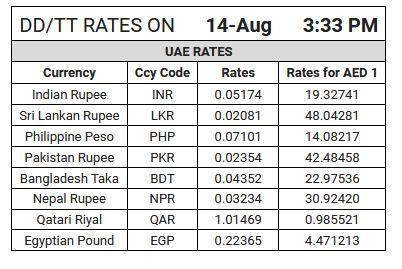 Get retail Gold and Forex rates with Emirates 24|7

The update times for Retail Gold Rate in Dubai will be at 9.30am, 2.30pm, 5pm and 8pm (unless there is drastic fall or rise in the international rate).

On Saturdays, the gold rates will be updated at 9.30am and this rate will stay static through Saturday and Sunday until the international market reopens on Monday.

Please note that the retailers add making charges separately to the quoted rate of gold.

The Retail Gold Rate in Dubai is being supplied by the Dubai Gold and Jewellery Group.

The Foreign Exchange Rates of major currencies will be updated twice each working day at around 8:30am and 3:30pm.

These will cover both the Remittance Rates [for sending money] and the Currency Notes Rates [for buying and selling of currency notes].

The Foreign Exchange Rates are being supplied by UAE Exchange.

Latest Pictures: Dubai is ready to welcome the world for Expo 2020

10 things to watch out for in Dubai property in 2020: Rents to go down, tenant's market