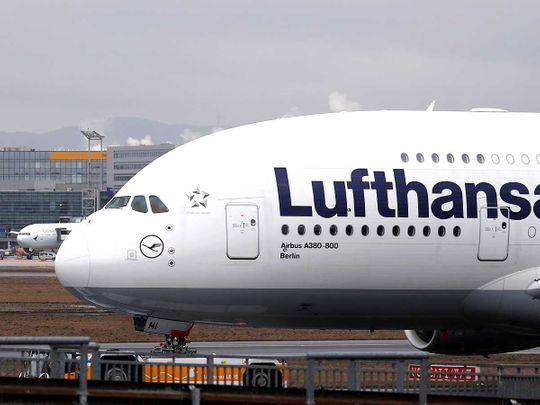 Frankfurt: Coronavirus-stricken German airline group Lufthansa has agreed in principle a nine billion euro ($9.8 billion) rescue deal with Berlin that would see the government climb aboard as a shareholder.

With mangers and ministers in agreement, Lufthansa's supervisory board and the government's economic stabilisation fund (WSF) must now rubber-stamp the proposal, before shareholders and competition regulator the European Commission are asked for their green lights