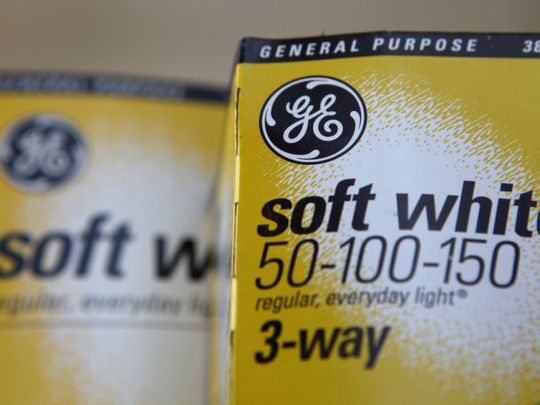 New York: General Electric Co. cut one of the last remaining links to founder Thomas Edison, as the beleaguered manufacturer wrapped up a three-year process to sell its iconic light bulb business.

Automation-products company Savant Systems Inc will acquire GE’s consumer operations, including lighting and smart-home goods, and bring on the business’s more than 700 employees, the companies said in a statement. They didn’t disclose terms of the deal, which is expected to close later this year.

While lighting has become a minor part of GE’s operations, the sale is symbolic for a company that has shed elements of its past as it grappled with dwindling cash and slowing demand. GE in recent years sold its century-old locomotive unit and backed away from some health-care and oil businesses.

The lighting unit’s sale is an “important step in the transformation of GE into a more focused industrial company,” Chief Executive Officer Larry Culp said in the statement.

GE will now effectively cease to be a consumer-facing company, focusing primarily on making jet engines and power-generation equipment. The Boston-based manufacturer sold its home-appliances operations in 2016, though the “GE Appliances” brand name remains in use. Savant also will gain a “long-term licensing agreement” to use the GE brand.

Light bulbs have been central to GE’s identity since its founding. The business traces its roots to 1879, when Edison created the first practical commercial incandescent lamp. His interests around lights and related technologies served as precursors to GE, which was formed in 1892.

The company struggled in recent years to adapt to a market upended by government efforts to phase out traditional bulbs in favour of energy-efficient options such as light-emitting diode technology. GE pointed to regulations when it decided in 2010 to close a Winchester, Virginia, factory that was its last US plant making tungsten-filament incandescent bulbs.

Then-CEO Jeffrey Immelt had considered selling GE’s appliances and lighting units more than a decade ago but halted the plans because of the financial crisis. In 2015, he separated certain energy-related operations, including commercial LEDs, into a new division called Current, while leaving GE Lighting focused on consumer bulbs and connected-home products.

GE officially put the lighting business on the market in mid-2017, and dismantled the operations piecemeal over the following years. It sold some overseas and automotive lighting operations in early 2018 and reached a deal later that year to unload Current.