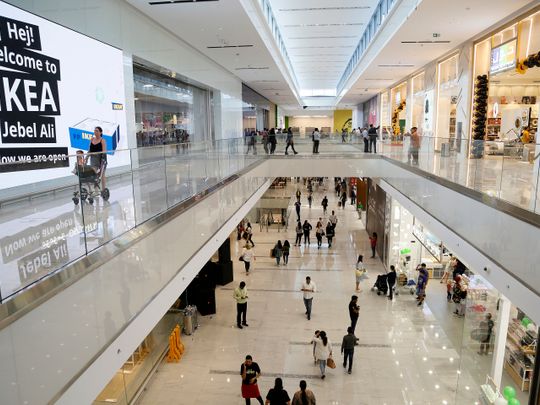 Dubai: The Al-Futtaim Group has opened its second “Festival” branded mall in Dubai, at Jebel Ali, and anchored by the largest Ikea store in the UAE (at 35,500 square feet). In all, there will be 120 outlets at the “Festival Plaza”.

The Group also owns and operates Dubai Festival City, as well as another in Egypt.

Initial forecasts are for the mall to attract 10,000 visitors a day, with the numbers picking up as the residential community being built next door - wasl Gate - gets delivered in phases. The first handover of homes at wasl Gate are scheduled from next week onwards.

Festival Plaza has an overall area of 648,000 square feet, and as is common in the mall industry these days, F&B options take up quite a significant portion.

Incidentally, the Festival Plaza is the second mall to have opened in Dubai in just over a fortnight’s time. The Nakheel Mall on the Palm delivered 1.1 million square feet of new capacity to the city’s retail and entertainment space. (There’s plenty more to come in the months ahead, at Dubai Hills (by Emaar), Al Khail Avenue and Deira Islands Night Souk (both from Nakheel).

Having delivered the Dubai mall, the Al-Futtaim Group has confirmed plans to add more shopping destinations in the region… and even in the Far East. The announcement could be made within “six months, and it will be in another country”, said Tim Earnest, who heads the Group’s mall division.

“It will be within a three-hour flight from Dubai, and that’s all I can say at this moment,” he added. “And over the next 12-24 months, we will have given shape to our plans for new projects.”

The Group has a set formula to deliver on its mall development strategy - put the anchor stores led by an Ikea or an Ace Hardware in place and get the traffic coming in.

At Festival Plaza, on the first day of business, queues had formed to get into Ikea well ahead of the opening minute. (With wasl Gate itself having 257 townhouses and as many as 6,500 apartments eventually, shopper traffic to the Plaza is more or less a given. In recent years, community-themed malls have been stellar performers in the brick-and-mortar retail space.)

For its regional plans, Al-Futtaim Group is open to acquiring an existing mall and then expand around it, Earnest added. “We are actively evaluating different options - but it will depend on the market, that’s for certain.

“For instance, in Saudi Arabia, it’s better to go in for a new construction, possibly with a smaller, speciality project.”

An entry into Abu Dhabi has been ruled out - “The city’s being adequately served by existing malls and new ones that are already being built. We see very little room to expand with the Festival brand there. At least for now.”

One area it will not get into

Earnest confirmed that the mall division had been “solicited” by mall owners in the UAE and outside to take on the management of their properties and improve the returns. “But right now, we are better off concentrating on our core business - building our own malls or acquiring them. A management role does not fit into our plans.”

The Dubai Festival City mall, in the midst of another round of expansion, still has areas to cover. There are expansion possibilities on the “Creek-side and on the south,” according to Tim Earnest.

“We have plans for an exhibition space, done with an eye on the Expo 2020 Dubai - half of this would be a temporary construction, but the other half will have a permanent role. Not just role, there are so many experiences that we can create there.”

'Thousands have tried': Bayern ponder how to stop Messi in Champions League quarterfinal

10 great recipes to cool down this summer