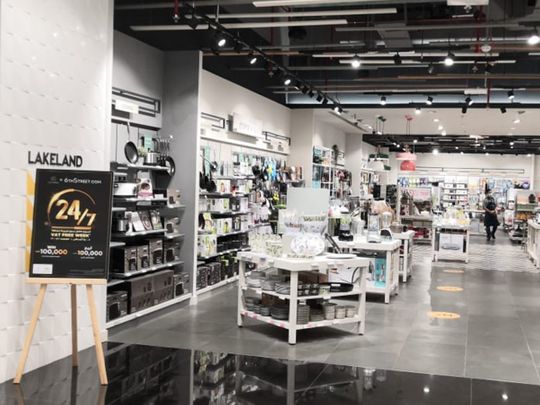 Dubai: More retailers in Dubai are launching “VAT-free” special offers as part of Dubai Summer Surprises to get prospective buyers to make those purchases now rather than take longer to decide.

It’s the first time that a VAT-focussed campaign has been initiated on this scale, with the offers running for a week to August 13.

Leading car dealerships have already introduced these plans along with the other incentives they have, such extended warranty, free insurance, and raising the limit on free servicing.

“Especially in high-value purchases such as a car, removing the VAT element of 5 per cent could be decisive,” said the general manager at a local dealer. “Rather than saying a ‘5% discount’, saying all deals during DSS are VAT-free carries more significance. It removes a mental block many buyers may have, especially in deciding between ”

New car sales in the UAE are down more than 25 per cent year-to-date, based on industry sources. The special offers during the Ramadan phase did not generate the sales boost, and dealers are placing a lot of expectations on trying to make up during DSS. They will need to before the next model year models start coming into showrooms.

Dubai and its retailers are escalating the VAT theme further - Dubai Summer Surprises has a campaign running called ’24/7 VAT Free Week’, and which has all the leading retailers joining in. Running from August 7 to 13, it is also available on retailers’ online portals too.

The Apparel Group, which represents brands such as Calvin Klein, Tommy Hilfiger and Levi’s, is padding up the VAT-free campaign with value-added offers. Its Club Apparel loyalty programme members can pick up points when they spend Dh200 in participating stores. The same points can be raised on its 6thStreet.com online shopping portal as well.

Getting through to the shopper

The 24/7 and ‘week-long’ theme should score a few points with shoppers. UAE retailers will be hoping that next few weeks, which should include ‘Back to School’ related shopping, will partially make up for a disastrous first six months.

And when VAT-free is mentioned, “Every saving helps consumers in these times - it can be a really effective benefit,” said a retailer at a leading luxury group.

“More than Dubai/UAE, such a campaign would work extremely well in Saudi Arabia, where the VAT has just been raised to 15 per cent. Many retailers are still telling shoppers the previous prices will remain - 15 per cent will really make it tough for Saudi retail.”

Can’t be used all the time

Dubai/UAE retailers will need to use the VAT-free card selectively. Since this one is running during DSS and has government-support, there are no regulatory issues. But to do the same during any other period will need permission from the authorities, according to several retail sector sources. The thinking is that needing official approval will reduce the chances of this getting overused.

For now, retailers and the authorities are intent on only one common goal - get shoppers to do their bit. If going VAT-free helps, then it’s all for a good cause. At the end of the day, VAT-free is just another way to encourage “value buying”.

“Value shopping is the keyword… and need of the hour in this new retail era,” said Baiju K.P., a consultant who has worked closely with Dubai Festivals and Retail Establishment (DFRE).

“It strikes a chord with retail reality and the buyer psyche. We witnessed a tremendous benefit to the outlets and brands that took on this message and challenged themselves.

“Eid season saw an incredible surge in sales growth. It’s natural for the industry to continue to reinvigorate the business with creative offerings as retailers head into Back to School season and the last four months of the year.”

For gold, VAT-free would have worked

One category of retailers for whom VAT-free won’t matter this time are gold and jewellery retailers. With gold prices in record territory, buyers are staying well away from getting anywhere near to jewellery shops.

Gold has dipped from the $2,060 an ounce levels, but it’s still at a steep $2,035. The Dubai Gold Price today is at Dh231.5 a gram, which too will put off buyers (unless they are betting on gold reaching $2,300 plus in its current rush.) “VAT-free week would have worked, but it came at the wrong time for gold,” said a jeweller, echoing industry-wide sentiments.