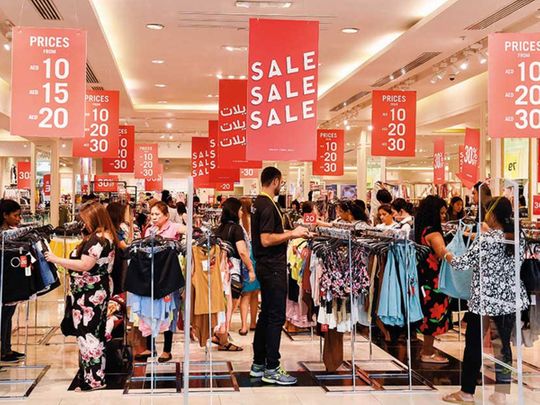 Dubai: Dubai’s business activity continued to rise at a strong pace in December, with the rate of increase quickening from November, according to Dubai Purchasing Managers’ Index data published by HIS Markit on Sunday.

December data showed firms raised purchasing activity at the sharpest rate in four months, as some businesses sought to grow inventory levels. On a sector basis, output growth accelerated among construction and travel & tourism firms. The other monitored sector, wholesale & retail, recorded the weakest expansion in output since February 2016.

PMI data showed overall growth in the Dubai non-oil economy weakened in December, amid the slowest rise in new orders for nearly four years. Employment increased only marginally, but business activity remained strong as firms prepared for expected investment and higher sales in the coming year.

Dubai PMI fell to a four-month low of 52.3 in December, from 53.5 in November. The latest reading indicated a modest improvement in business conditions in the Dubai non-oil economy.

Contributing to the slowdown was a weaker increase in new orders, with the rate of growth the slowest in nearly four years of consecutive monthly expansions. Firms often highlighted that softer economic conditions reduced clients’ spending power. Meanwhile, employment in the Dubai non-oil economy increased for the fourth month running in December. However, the rise in job numbers was the marginal.

“The Dubai non-oil economy showed further signs of weakness at the end of 2019, with new order growth the slowest in nearly four years. Nevertheless, business activity continued to expand sharply, mainly because firms expect things to pick up in the year ahead. The Expo 2020 is a key feature of firms’ hopes for the future, as it promises to bring a timely boost to investment and spending across Dubai,” said David Owen, Economist at IHS Markit.

In response to softer demand growth, Dubai companies extended price discounting strategies at the end of the year. Latest data signalled a solid fall in average charges, albeit one that was the least marked since September.

Input costs increased for the second month running in December. The rate of inflation quickened from November amid a renewed rise in staffing costs. Higher prices for equipment was also mentioned.

Business continued to maintain positive outlook with 64 per cent of respondents still expect business activity to grow, mainly amid hopes of market stabilisation and higher local investment as the Expo 2020 approaches. Tourism numbers are also forecast to strengthen in the coming year.