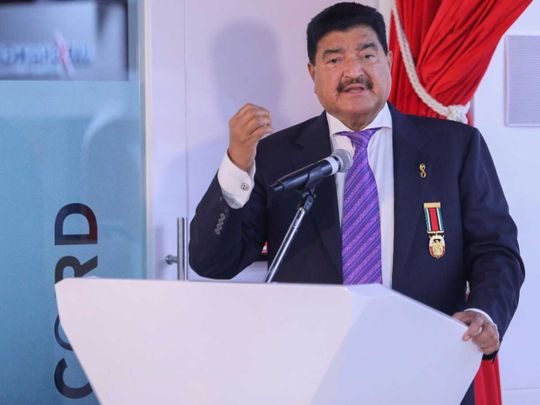 Dubai: Lenders to Neopharma, the pharmaceuticals business founded by B.R. Shetty, are set to kick off talks to restructure Dh1 billion of debt, according to people with knowledge of the matter.

Abu Dhabi-based Neopharma, which is linked to NMC Health Plc through Shetty, has been pulled into the scandal surrounding the embattled hospital operator. NMC is being run by administrators Alvarez & Marsal Inc. after more than $4 billion of undisclosed borrowings were discovered.

Shetty established Neopharma in 2003 and was considering selling shares in the business last year before fraud allegations forced NMC into administration and pushed another of his companies, Finablr Plc, to the brink of collapse. The Indian entrepreneur had been considering selling Neopharma once his business empire started unraveling in a deal that would have valued the company at between $700 million and $1 billion.