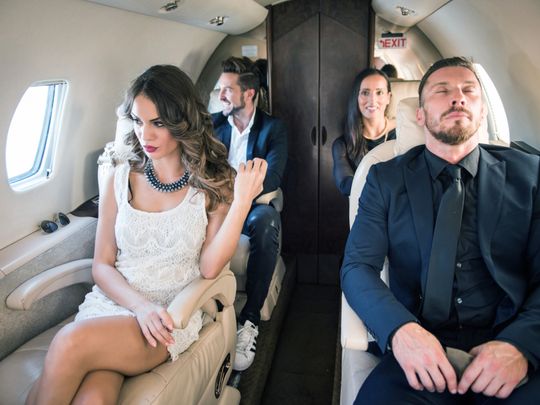 New York: Commercial air travel has plummeted in the coronavirus pandemic, but interest in private jet service is surging, particularly among people who have not paid to fly privately before.

For years, jet service providers have ferried corporate executives and wealthy leisure travelers who paid high fees for the privacy and security. Now, those companies are scrambling to meet rising demand from people worried about getting on a commercial flight.

Over the Memorial Day weekend, one of the busiest travel times in the United States in years past, traffic in the private jet industry was 58% of the volume from the same time last year, according to Argus, a company that tracks aviation data. But commercial flights fared worse over the holiday, plunging to 12% of the 2019 level.

Five weeks ago, private flights had fallen to 20% to 25% of what they were the same time last year, said Doug Gollan, founder of Privatejetcardcomparisons.com, a research site for consumers. “Now to be back to 60% of pre-COVID levels shows the people who have access to private travel are getting back out there,” he said.

NetJets, the largest private jet operator in the world, has had a rush in interest from new customers, said Patrick Gallagher, its president.

“May is on track to be the best month of new customer relationships that we’ve seen in the past 10 years,” Gallagher said.

Competitors are experiencing the same rise. Magellan Jets has had an 89% increase in new customers from mid-March to this past week, said Anthony Tivnan, its president. He added that this was coming off a strong 2019, when the company’s revenue was up 34% from 2018.

Companies that carved out a niche with private international flights are also reporting an increase. Thomas Flohr, founder and chairman of VistaJet, which has longer range jets, said the company’s refueling landings in Anchorage, Alaska, a major stop for transcontinental flights to Asia, were up 250% since the coronavirus outbreak.

“The number of fuel stops we had there in the last 60 days is unheard-of,” Flohr said. “It was the East moving West, and then when the pandemic shifted, it was the West moving East.”

Unlike commercial airlines, the private jet industry sells its services by the hour. Private jets are faster and can fly directly to most airports, while flying commercial may involve connecting flights. Service providers make money by selling charter flights, jet cards with flight hours and fractional shares of jets and individually owned planes.

But as executives curtail their business travel during the pandemic, new wealthy flyers and existing customers are driving a private aviation boom. In some cases, they are actually flying and in others, they are stocking up on private flight hours. The desire is akin to hoarding toilet paper and flour at the start of the pandemic: The extra allotment provides peace of mind, even if it is never used.

“Everyone from boutique companies with five to six planes to NetJets is in a good mood,” Gollan said.

“There were a huge amount of people who had the wealth to fly private but never bought into the pitch of business efficiency,” he said, adding that wealthy people are now thinking less about the cost of flying privately than about the safety of flying commercially.

Marco Fossati, a member of the multibillion-dollar family that owns Star, an Italian food conglomerate, said he had little need to fly privately since he became less active in the family business. But the coronavirus caused him to rethink his plans.

“At this moment, with the COVID-19, if you can afford it, fly private,” he said from Miami, where he has been since the stay-in-place orders were issued in March.

Fossati’s stance illustrates a change from just a few months ago: The wealthiest are less concerned about the perception of flying privately.

Sentient Jet, a private aviation company that offers flight hours, reported that it sold 5,000 hours in April, or the equivalent of about $30 million in flying time, significantly more than the $25 million it sells in a typical month. More than 2,500 of those hours were bought by people new to private aviation.

Andrew Collins, chief executive of Sentient Jet, said three-quarters of his company’s flights since March had been by individuals and families, up from 40% before the pandemic.

Collins said he had not expected the increase. In the 2008 financial crisis, private flying fell off quickly and took years to rebound. But the current crisis was set off by health concerns, not the financial markets, and demand for private flying has continued.

In April, he expected to book 200 to 300 flight hours, but flight time was actually just under 1,000 hours. “We’re seeing 50% new customers,” he said, as people buy cards to use now or save for later.